Every year, the nation recognizes National American Indian Heritage Month to highlight the legacy and continued presence of indigenous people in North America. This year, we created a “reading list” with publications from some of our faculty members who specialize in Native American Studies. Check out the list below, and for more on the legacy of the Lenape people in New York City, read our tour of Native New York. 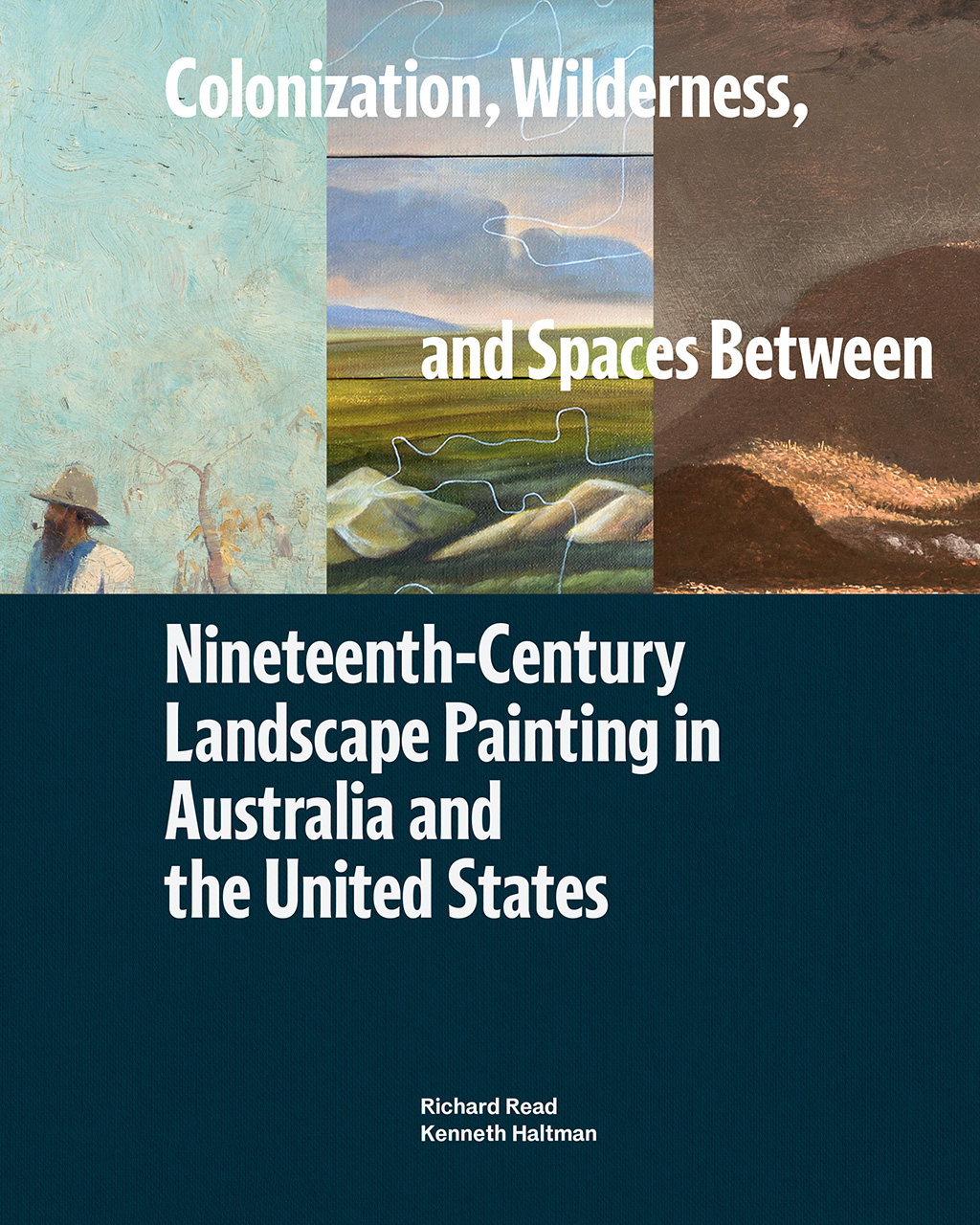 “Unsettling Landscape: An Artists’ Conversation with Alan Michelson (Mohawk) and Christopher Pease (Noongar)” in Colonization, Wilderness, and Spaces Between
By Elizabeth Hutchinson

This chapter, written by associate professor of American art history Elizabeth Hutchinson, is based on a conversation she moderated and edited with two artists who directly engage Anglo-American and Anglo-Australian artistic traditions, including landscape painting, maps, and other forms of visual culture, to speak back to colonial violence and reinscribe Native relationships to land. The discussion brings out the shared experience of settler colonialism in both countries as well as how the work of these artists relates to a global anti-colonial movement grounded in assertions of sovereignty that center Indigenous epistemologies. 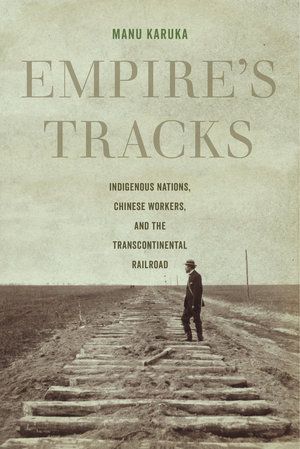 Empire’s Tracks, written by assistant professor of American studies Manu Karuka, reframes the history of the transcontinental railroad from the perspectives of the Cheyenne, Lakota, and Pawnee Native American tribes and the Chinese migrants who toiled on its path. Karuka situates the railroad within the violent global histories of colonialism and capitalism, and through an examination of legislative, military, and business records,  explains the imperial foundations of U.S. political economy. Tracing the shared paths of Indigenous and Asian American histories, this interdisciplinary study connects military occupation to exclusionary border policies, a linked chain spanning the heart of U.S. imperialism, and unveils how the transcontinental railroad laid the tracks of the U.S. empire.

“Murder on the Saltwater Frontier: The Death of John Oldham” in Early American Studies
By Andrew Lipman

Associate professor of history Andrew Lipman’s article considers the larger material and political contexts of the 1636 murder of John Oldham aboard his boat by Narragansett-allied Indians, an event that was one of the causes of the 1636-38 Pequot War. Oldham’s slaying illustrates how the contested region between New England and New Netherland was a “saltwater frontier” where the primary arena of cross-cultural exchange was the coastline and its nearshore waters, not the land. Natives and colonists relied on each other’s maritime technologies and knowledge. At the same time, the tricky logistics of their encounters made this zone uniquely perilous. Oldham’s Indian killers were also motivated by an intense trade rivalry between Native powers. A series of events caused them to harbor suspicions of Oldham and inspired them to commit small-scale piracy during his murder. The article concludes that the ensuing Pequot War should be seen as a naval war that turned into terrestrial war, reflecting the English desire to shift the frontier off the water and onto dry land.

“Buying and Selling Staten Island: The Curious Case of the 1670 Deed to Aquehonga Manacknong” in Commonplace: The Journal of Early American Life
By Andrew Lipman

This article, written by associate professor of history Andrew Lipman, chronicles the purchase of Staten Island from the native people who inhabited it. “The 1670 deed that finally ended indigenous claims now rests several miles from the actual island,” he writes, “in a small cache of Staten Island papers at the New-York Historical Society on Central Park West. As the document that officially made Staten Island part of New York and not New Jersey, it is an undeniably significant text. But it is also an unusual text, containing seldom-seen details of how Native communities negotiated over land. When read closely, the 1670 deed challenges our tendency to see deeds as merely evidence of Indians’ capitulation to colonial rule. While the document reveals a painful process of dispossession, it also shows colonists reconciling their legal practices with Native traditions in peculiar ways.”

“‘That They Will Be Capable of Governing Themselves’: Knowledge of Amerindian Difference and Early Modern Arts of Governance in the Spanish Colonial Antilles” in History of the Human Sciences
By Timothy Vasko

Assistant professor of human rights and religion Timothy Vasko explains the crux of this essay in his abstract: “Contrary to conventional accounts, critical knowledge of the cultural differences of Amerindian peoples was not absent in the early Conquest of the Americas. It was indeed a constitutive element of that process. The knowledge, strategies, and institutions of early Conquest relied on, and reproduced, Amerindian difference within the Spanish Empire as an essential element of that empire’s continued claims to legitimate authority. I demonstrate this through a focus on three parallel and sometimes overlapping texts: Ramón Pané’s Indian Antiquities; Peter Martyr d’Anghiera’s First Decade; and the first systematic attempt to govern colonized populations in the Americas, the Laws of Burgos. Not only did each text furnish the necessary material upon which the claims to intellectual, and so civilizational, superiority that were central to the justification of empire could be sustained. What is more, they transformed Amerindian difference from an object of knowledge into a subject of governance.”

“If the point of an oath is to swear truth, what does it mean if the truth is stacked against you?” asks assistant professor of religion Tiffany Hale in this article about her experience at the National Archives examining documents that catalogued the homes and possessions of "friendly" Indians that were ransacked and destroyed by "hostile" Indian people when the U.S. Army descended upon Lakota homelands in 1890.